A few years ago I set myself up as a mobile notary public. Not much money to say the least but it got me out of the house and I met some interesting people - a few of them famous. I've still got about 18 months on my commission but I'm calling it quits now because of SARS-CoV-2 aka Covid-19 and the fact that too damn many people who want my services don't take it seriously.

I live in Palo Alto where more than 40 percent of the residents hold graduate degrees of one kind or another. In some age brackets that figure approaches 65 percent. Similar numbers are found in the surrounding communities. I understand educational attainment doesn't necessarily equate with such personal factors as common sense but I thought it at least indicated an ability to absorb and rationally analyze information. It seems I was wrong. 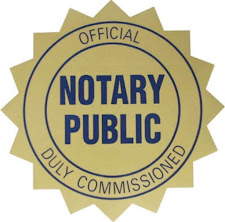 Even in multi-degreed Palo Alto it was common for people to greet me at their front door sans mask and don one only after we sat down next to  each other at a table. Upon my arrival at the home of a retired Stanford professor, he noted my mask and asked if I had any risk factors. "I'm old," I replied. "Not good enough," he said. "I'm asthmatic." "Good enough," he responded pulling a mask from his pocket.

Then there was the small venture capital firm staffed by young hotshots. I arrived one day to find six of them in the open-plan office, none wearing a mask. As they were about 30 feet away and I had mine on, I let it pass. Unfortunately, the person signing the documents didn't put one on when he walked into the small office I was using.  And so on.

I suppose I could have resolved to simply walk away from such situations but the benefits of the notary work didn't outweigh the potential negativity of repeatedly telling people to fuck off.

Bill being Bill it was also guaranteed that at some point I would have blown up over the fact that these supposedly educated people were not only acting stupidly but putting my health and possibly my life at risk. I came close one day when I asked the two people at the table if they ever wore masks at work. "No," said the boss. "It's just the two of us in the office and we've both tested negative."

A few extra dollars was nice and it was even nicer to feel useful. But I don't need the money and the ego strokes don't justify dealing with people who act stupidly and treat me with disdain.

Posted by billbucy.blogspot.com at 10:25 AM