Let's Use Shame To Fight Covid-19

Pretty darn simple but some 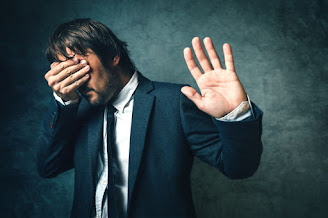 among us just don't want to play by those rules and its been demonstrated over and over they are risking the health of others.

What can be done? During the 1918 pandemic San Franciscans refusing to wear masks risked being hauled into special pandemic courts and slapped with heavy fines or some days in jail. Even though I rather like that idea, I realize such a move would be rather difficult in today's overly litigious society. Police have better things to do than develop writer's cramp handing out citations (although they should step up in egregious situations such as large parties.)

But there is shame, one of the most powerful tools we have to regulate behavior. Shame, what Sartre called the "immediate shudder which runs through me from head to foot" is fundamental and painful. Even the thought of the shame attached to a certain act is enough to deter someone from dancing down the wrong path.

Delivering shame is easy. Localized web sites and Youtube channels showing people flaunting the rules needed to fight Covid-19. Is your neighbor hosting 15 at a mid-summer dinner party? Grab a snap and post away, including the address. Don't know the names of the young jerks gathering at the beach or park? That's OK, just zoom in on the faces. This could be bigger than the Karen or Instant Karma vids so enjoyable to watch and actually have some impact on a serious issue.

There's always a downside, right? Pretty minimal in this case. The infraction is evident in the video or photo which was taken in public. Malice can hardly be attached because the poster likely doesn't know the people involved in the group hug or kegger. Crazy people seeking revenge? Don't require registration to post.

What fun. And for such a good cause.

Posted by billbucy.blogspot.com at 12:21 PM No comments:

Sorry About Your Loved One. Not.

I have no intention of visiting your grandparent/aunt/uncle/mother/father at [insert name of health care facility] to notarize their signature(s) on their estate documents/deed of trust/power of attorney or any other document that requires the imprint of a notary stamp for legal validation.

I offer two reasons for this blanket declaration, something I never would have made as little as six months ago.

The first involves hygiene. Health care facilities at the best of times are incubators of germs and viruses, some of which have yet to be discovered by science and many of which cause incurable diseases. But we are not living in the best of times. The SARS-CoV-2 virus has caused Covid-19 in about 19.4 million people worldwide, killing 700,000 of them. Hospitals and other such petri dishes, notably nursing homes, are prime breeding grounds for and distributors of the virus.

My second reason is simpler. You want me to risk my health because you lack even a shred of foresight and common sense, qualities that would have prompted you to get the damn paperwork filled out and signed before the ingestion of who knows how many drugs became necessary to enable  your loved one to simply grasp a pen. Your failure to take these simple steps is as dumb and disrespectful to others as not wearing a mask and standing too close together when in public.

I'm willing to bet you'll find someone with a notary commission willing to toddle over to [insert name of of health care facility] and complete the documents you ignored for so long but now deem so vital. I hope they charge you based on the level of risk they are running. Maybe that will teach you to think. For once.

Posted by billbucy.blogspot.com at 4:11 PM No comments: