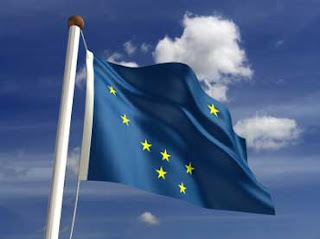 I have discovered Donald Trump's true motivation for seeking the presidency. He wants to take care of his pal, Vladimir Putin.

It's no secret Trump owes millions to Russian companies and oligarchs. His former campaign manager, Paul Manafort, made millions from the Russian government. Trump has spoken admiringly of Putin on more than one occasion. He even invited Russian hackers to infiltrate U.S. computers in an effort to uncover some of Hillary Clinton's supposedly lost emails. Two of his three wives (Ivana and Melania) are of slavic extraction and it's rumored number two, Marla Maples, likes borscht.

But what could Trump do for his bra Vlad as president? It's not exactly like the U.S. and Russia can hold hands underneath the diplomatic negotiating table when they get together.

Perhaps the most straightforward gesture would be to sell Alaska back to Putin and his oligarch chums. Adjusted for inflation, the break even price would be about $110 million but a president who wrote a book on the art of the deal likely would do much better.

Selling Alaska back to the Russians would have benefits beyond just the price. Alaska currently receives about $1.50 in federal money for every dollar it sends to Washington so savings would accrue as soon as contracts are signed. Russian vodka would cost less because importers would be hauling the stuff from distilleries in Juneau rather than Minsk.

Culturally, Americans and Canadians could more easily gain international travel experience. Absent two colleagues. U.S. senators could stretch out a bit more when debating and voting. And, to be blunt, Alaska's 710,000 residents would hardly be missed in a nation of 350 million.

Of course there would be drawbacks. Already outrageous prices for Bering Sea salmon and crab probably would jump. Any number of preppers and dog sled racers would flood into the Lower 48 once it became clear Alaska would be changing hands. Easing that burden is the fact Wyoming, Idaho and Montana have plenty of room.

In all, I see no real reasons for President The Donald not to sit down with President Putin right after the inauguration over a couple of drinks to start hammering out an agreement. After all, they are already buds.

Posted by billbucy.blogspot.com at 11:01 AM No comments:

Homeowners Are the Housing Problem 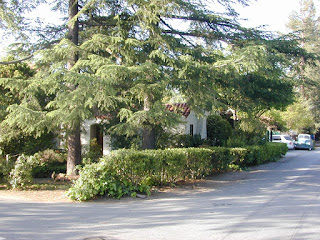 I own a home in Palo Alto, California but please don't hate me.

For various reasons few new homes are built in Palo Alto, which limits the supply. Concurrently, many people would like to live here for access to great schools, a Mediterranean climate, Stanford University, career opportunities offered by Silicon Valley, proximity to San Francisco and so on.

These prices are often decried as "insane," "ridiculous," and "unconscionable." But they simply reflect the market's judgment, right? Not really.

The market does not exist in and of itself. It is an abstraction aggregating many human decisions. In Palo Alto real estate the most important decisions are made by sellers. And sellers are thinking big.

According to real estate site Zillow, my rickety 90-year-old, 1,050-square-foot bungalow might fetch almost eight times what we paid for it. A nearby home that has remained in the same family for 60 years could easily fetch 80 times what was initially paid. Similar situations exist all over town.

When people look to purchase a home in Palo Alto they are confronted by sellers who demand double digit multiples of what they paid. Doubling or even tripling their investment isn't good enough. They want the 10X or even 80X gain. Greed or simply good business?

The only ameliorating factor is an attitude of entitlement among some people who want to live in Palo Alto. Too many are literally outraged they are unable to afford to purchase a home or rent an apartment here. I have little sympathy for their complaints. There are many wonderful and more affordable places to live with equally good weather, excellent schools and amenities. They just aren't here.

At the bottom line (a necessary cliche) lies a fundamental conflict. The debate is over housing, a basic human need. But it also involves a financial asset, often the largest in a family's portfolio and sometimes the cornerstone of a retirement plan. As a potential beneficiary of this system, I hesitate to land solidly on either side.

Posted by billbucy.blogspot.com at 10:59 AM No comments: