The Long, Long Life of Covid-19 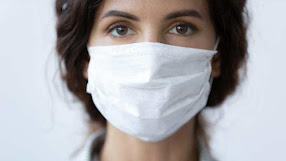 As another Covid-19 tsunami washes over us we demand to know "When will this damn thing end?" Looking at the history of pandemics this corona virus and its spawn will undoubtedly live with us for a long, long time.

The septicemic and bubonic plagues, two of the three that erased half of Europe's population in the 14th century still emerge about half a dozen times each year in the U.S. with about 7,000 reported globally. Given these once-dreaded Black Plagues are not transmitted between humans and are effectively treated with antibiotics they are unlikely to again ravage humanity. The 1957 influenza pandemic killed an estimated 1 million worldwide and the 1968 outbreak of the "Hong Kong" flu as many as 4 million. HIV-AIDS was first identified in 1983 and still infects about 1.7 million people  each year. There are effective treatments that reduce the individual viral counts to near zero. There is no protective vaccine.

We can reasonably assume that a Covid-19 vaccine will eventually be developed and distributed widely enough to forestall a plague event like those in the 14th century. But vaccines only help the human immune system battle the virus. Vaccines do not wipe out the virus itself. And they certainly do nothing to ease the practical impacts of the pandemic or, more importantly, lessen lingering psychological pain.

Much sooner than later there will be a financial reckoning and the bill will be difficult for most of us to understand. A study by two Harvard economists published in JAMA the cost will top $16 trillion in the U.S. alone. That is about 90 percent of the nation's gross domestic product. More concretely the paper pegs the cost to a family of four at $200,000 over the lifetimes of its members. The Congressional Budget Office estimates GDP growth will reach pre-pandemic levels only in the second half of 2022.

Even before the Covid-19 outbreak was recognized as a global phenomenon academics launched a plethora of studies and surveys attempting to discern the psychological effects of the virus and disease as well as the measures taken to stymie its progress. Few found anything more than provided by a basic dose of common sense: people were more anxious, depressed and sleepless than normal; people with pre-existing mental issues exhibited higher incidences of these problems. Suggestions for relieving these symptoms of distress go no deeper than do the four words a physician says to a patient who wants to lose weight.

There is no reason to believe that demonstrable progress in controlling Covid-19 will provide relief to an anxious populace. The abysmal failure of so many politicians to offer leadership and solutions has been well-publicized. Future pronouncements and initiatives will hit a hard of wall of skepticism. The inevitable exposure of how the wealthy will buy places at the head of inoculation lines will generate equal or greater levels of anger.

Even if Covid-19 disappeared tomorrow it would continue to wreak havoc. This damn thing won't end for a long, long time.

Posted by billbucy.blogspot.com at 11:32 AM No comments: