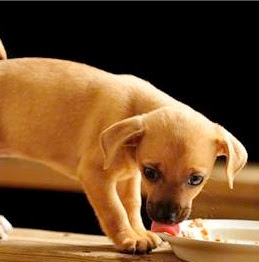 Anyone who hasn’t heard of Lilly, the five-legged puppy, is tuned into the wrong station.

Lilly now has just four legs thanks to Allyson Siegel from Charlotte, N.C., who paid $4,000 to rescue the Chihuahua-terrier mix and have the extra appendage removed.

Get out your checkbooks, though. There are rumors of lawsuits from the freak-show owner Siegel outbid.
Posted by billbucy.blogspot.com at 6:11 PM No comments:

Cheney's Freaky And Crazy But, We Dump On Him for This?

WASHINGTON — Since 2001, the Central Intelligence Agency has developed plans to dispatch small teams overseas to kill senior Qaeda terrorists, according to current and former government officials.

The plans remained vague and were never carried out, the officials said, and Leon E. Panetta, the C.I.A. director, canceled the program last month.

-- New York Times
Posted by billbucy.blogspot.com at 7:41 PM No comments:

Wanna Buy An Ad? Talk to the Editor

An interesting discussion is emerging at the New York-based American Society of Shitcanned Media Elites vis a vis getting the revenue end of Web or even print publishing closer to the editorial operation without tainting either.

Former gossipist Drew Grant takes the position that bloggers should seize complete control of income generation, including selling advertising. More thoughtful than my description might make her, Grant recognizes the inherent potential for corruption but remains adamant that a solution is possible.

To me this is not a new issue. Editorial calendars, special issues and so on have been around forever and exist to give the sales force something against which to sell. That automatically creates tension between what you write about and what you write. So what?

Is it wrong for an editor to ensure the inclusion of a health-care story in the September issue if it will cement a multi-issue ad deal? Only in the halls of J-schools. Is it wrong for the advertiser to review and comment on the story before publication. Yes, everywhere.

An advertising 'department' can easily co-exist with editorial within a larger framework. But the blogosphere is entirely individual and boundaries between the two worlds are impossible to maintain within a single entity.

But I believe Grant will be proven right. My work, my money. How we get there is the question.
Posted by billbucy.blogspot.com at 4:31 PM No comments: