Thank the 1 Percent for Donald and Bernie 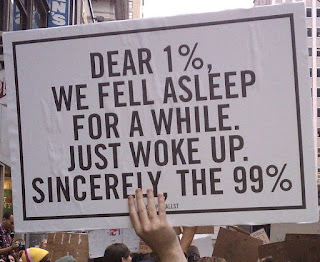 How did the country get to the point where a fascist could gather millions of less-than-bright, gun-toting retromingents to upend a staid and polished political system? And what's up with those 13 million closeted left-wingers who backed an avowed socialist?


The answers can be found along Park Avenue in New York and hidden behind gates in Atherton, California and other enclaves of the venal and greedy.

It was the 1 percent who created the conditions that nurture the frustrations fueling populist anger. The Wall Street types who crashed the mortgage market and forced so many people from their homes. The corporations who stash literally trillions of dollars overseas to avoid taxes while keeping wages stagnant to shore up profits. The same people who are vacuuming up every dollar generated by the economic recovery.

In the past, the oligarchs (yes, that is the correct word) kept things quiet by sharing enough of the economic pie to satisfy most people and give others the hope they could one day get a taste. Unfortunately for them, they upped their greed quotient to the point where they shut out everyone else. And now everyone else is beginning to fight back.
Posted by billbucy.blogspot.com at 8:10 AM No comments: 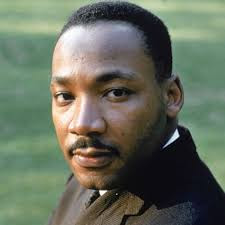 Many are mindlessly batting around Martin Luther King Jr. and Mohandas K. Gandhi as examples to follow in fighting the flood tide of violence against black people and, now, the police. If people cite those pillars of civil and human rights to insist on a strictly non-violent approach to change, they are dead wrong.

Both King and Gandhi were shot to death. Both believed at times that violence to fight violence was sometimes appropriate.

King's views evolved over the years and, at the time of his assassination, he refused to knowingly have guns around himself. But in 1956 when the Montgomery bus boycott set a fire under already simmering racial tensions, King kept a number of weapons in his home and even unsuccessfully applied for a concealed carry permit, according to UCLA law professor Adam Winkler author of the book "Gunfight: The Battle over the Right to Bear Arms in America." 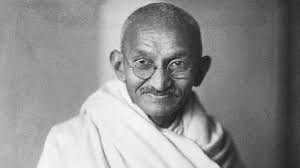 It was not uncommon for other U.S. civil rights leaders to keep firearms on hand for defense, including Medgar Evers and Andrew Young. Historian and former Student Nonviolent Coordidnating Committee field leader Charles E. Cobb Jr. has said that some around King kept guns available. "They would say, even as they were cleaning their rifles, how glad they were to be part of the movement," Cobb said in a Huffington Post interview. "They knew King wasn't going to be carrying a weapon so people's attitude was, 'We're not going to let the white people kill him.'"

Gandhi based his philosophy on nonviolence. He often called it "infinitely superior" to the use of force, even, in some cases, for self-defense. But the saintly advocate for freedom had his limits.

In a 1920 publication ironically titled "The Doctrine of the Sword," Gandhi made a strong case for nonviolence as the best way to free India of British colonial rule. However, he noted that sometimes violence is necessary to fight dangerous forces.

Gandhi reminded readers he took up arms to fight against the Boer and Zulu uprisings in South Africa. He said Indians need not be "paralysed before the machine guns, the tanks and the aeroplanes of the English" and urged people who would turn to guns to gain training in their use. "I would rather have India resort to arms in order to defend her honor than that she should in a cowardly manner become or remain a helpless witness to her own dishonor."

Neither King or Gandhi ever urged the use of terror, murder or violent aggression. But both men recognized no one need to embrace oppression or even death simply to stand on a pedestal of superior morality.

Posted by billbucy.blogspot.com at 1:24 PM No comments: