So hundreds of NY cops turned their backs on a video screen showing Mayor Bill De Blasio's eulogy to a murdered officer.

Is that their best shot? Turning their backs to a video image? Only a completely self-absorbed group of people could possibly believe a pol like De Blasio would even faintly blush at such a move.

And only an outsize collective ego would use the funeral of a colleague to make any kind of political statement.

Feel disrespected, officers? You can start to fix that by getting over yourselves.

Posted by billbucy.blogspot.com at 2:35 PM No comments: 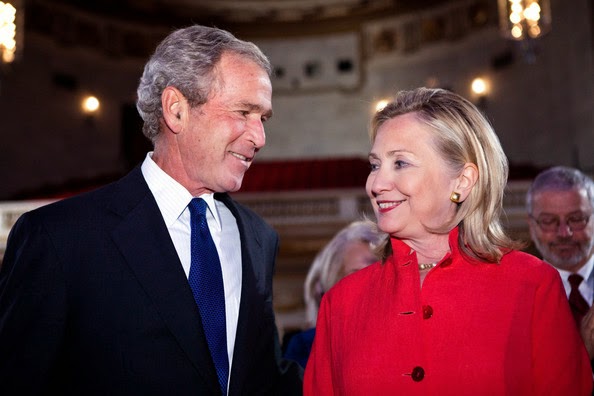 I have given up on the notion that we will have a president with a surname other than Bush or Clinton for some time to come, so this is how it will shape up.

It's about damn time we had a female president so that's eight years for Hillary. Jeb Bush will be 69 when he's inaugurated after that, a bit long in tooth, but only a couple of years older than Hillary when she took over.

Chelsea Clinton will be 50 a month after Jeb hands over the reins. Or, if you prefer, the Bush twins, a year younger, could set a precedent by sharing the job. Maybe Jenna could handle domestic matters while Barbara focuses on foreign policy. Or vice versa. It's really up to them.

There will be plenty of other job openings in government for other people. But for the forseeable future, the presidential dynasties look solid.

Posted by billbucy.blogspot.com at 9:33 AM No comments:

I'm Not a Hero 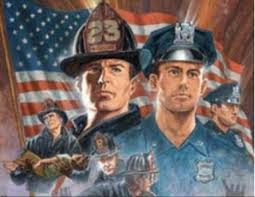 After 9/11 everyone - and I mean everyone - who wore a uniform was hailed as a hero. It didn't matter if their assignment was to nab shoplifters, deliver fire safety lectures to grade schoolers or mix drinks at the officers' club. Dress in green, blue or khaki for work and get ready for reverence, thanks and unending preferential treatment.

That was bad on us, the fawning public that insisted the cops and firefighters and soldiers and sailors adorn a pedestal for accomplishing nothing more than showing up for work.

Somewhere along the line, though, many folks in uniform came to believe their own PR and started seeing themselves as professional heroes.

That's why St. Louis cops were comfortable demanding Rams players be disciplined by the NFL for a silent protest against questionable police shootings. It's also why New York City cops decided they could try to exclude the mayor - their boss - from police funerals for doing nothing more than raising a few questions about their behavior.

Let's go back to pre-9/11 standards and declare heroic risks and actions are required for reverence to be awarded. Assigning praise for nothing more than wearing a uniform demeans those who make the sacrifices that define the word hero.
Posted by billbucy.blogspot.com at 5:28 PM No comments: