What Happened to Gun Control?

A CCW permit renewal notice from the Arizona Department of Public Safety sent me online to research the status of gun control efforts around the nation. The results were clear: Fergeddabout it.

In a way, the utter lack of any momentum behind tighter firearm controls is understandable. Our president believes it's a good idea to threaten war with a moody dictator who owns a nuclear arsenal. Republicans own the White House as well as Congress but still show no interest whatsoever in governing. Besides, the idea of Republicans bucking the NRA is the precise definition of a fanciful notion.

State lawmakers seem more focused on regulating where people can urinate than on public safety matters. Other than proposals  to protect killer cops.

Nor are the courts helping matters. California has a raft of new gun control was but the first major challenge to them was successful when a judge ruled  banning high-capacity magazines interfered with citizens' second amendment rights. When the judge's order is appealed I plan to file an amicus brief that simply says, "Huh?"

Five years ago I obtained a mail order concealed carry permit from Arizona that is honored by 30 other states. I did so to illustrate why efforts to regulate gun possession should focus on legislatures rather than Congress. That remains true.

But the impetus for change disappeared as soon as mass shootings faded from our memories and right wing (nuts) gained more power. People who care intensely about this issue must despair.

Posted by billbucy.blogspot.com at 9:22 AM No comments:

Thumbs Down on Growth in Palo Alto 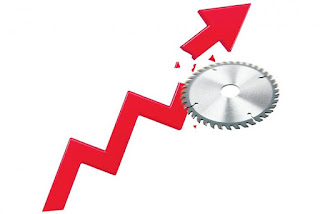 Come on folks. We know in our heart of hearts the cause of so many woes faced by Palo Altans.  Developers need relentless growth to keep the profits flowing in and our government is more than happy to help.

They are hooked on it. Physical growth (up for the most part given our distinct boundaries.) Economic growth (still defined as jobs, jobs, jobs.) Population growth (we simply must house the people who work here.)

Never mind that convoluted efforts to enable relentless growth give only  lip service to solving such nasty side effects as horrific traffic, insane housing costs,  and let’s not even begin to talk about parking -- anywhere. Growth is the unquestioned goal and we must drive forward.

Jobs? That means more office square footage so companies can boast they are headquartered in Palo Alto rather than Mountain View or (OMG) Redwood City. Commercial leases per square foot in some parts of Palo Alto are higher than those in Manhattan. It also means thousands more people fighting for services and cars jamming streets well away from their offices.

More housing for new tech and service workers? Zillow posits Palo Alto’s median home price at about $2.6 million. Average rent for a one-bedroom apartment is $2,837, according to Rentjungle. People looking to live a few miles south in Mountain View face average one-bedroom rents $2,849. Anyone who could create a meaningful stock of affordable housing in such a market would deserve canonization. Not going to happen.

More money for the overall economy? Office workers spend a lot of money on lunch but at the end of the day they return to houses and apartments somewhere else.

Now is a good time and Palo Alto the right place to test the innate assumption that growth in and of itself is good.  “Yes, but it must be achieved in a way that takes into account…” is an unacceptable answer because there is no right way to cram more into Palo Alto’s borders without the consequence we’re already coping with. The tap should either be on or off. And that decision should be made by the citizens, not developers and their cronies.

Posted by billbucy.blogspot.com at 1:07 PM No comments:

A Plan for Trumpite Pushback 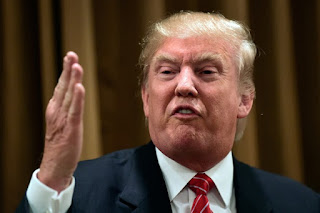 Let’s say a crazed Turmpite Republican is on the primary election ballot for whatever office in a GOP-majority district. In the Democratic column are a couple of benign nobodies everyone figures are just out for the free cookies at the candidate forums as they have no chance of winning.

Just for funs, let’s try this:

Somehow a non-Trumpite Republican is persuaded to run. She picks up support and votes from sane GOP voters.

Democrat voters re-register as Republicans and combine with the sane Republicans to defeat the Trumpite.

Re-registered Democrats switch back for the general election. Regardless of the outcome, there will be someone certified as rational in office.

There might be a few, tiny holes in this plan. But might not creative yet perfrectly legal tactics such as this be one tactic to resist the fascist juggernaut? A few victories might even emerge.

Think.
Posted by billbucy.blogspot.com at 8:43 PM No comments: