I will refuse to accept an Academy Award nomination for best actor or actress.

I will stop tipping airline pilots for really smooth landings.

I will refuse to style my hair like Justin Bieber’s even though I can.

I will share my 2012 lottery winnings with my wife because I sort of like her, not just because the law says I have to.

I will give my wife all of my 2012 lottery winnings if she says I can get a Fighting Ducks tattoo.*

---------------------
* Selection of the dermal artist and the location of the tattoo will be the sole choice of this blogger. Wife will pay all costs of acquiring the tattoo. Marriage must remain intact after tattoo is completed.

Until now, I found the Jamie Lee Curtis Activia Yogurt commercials rather amusing. But in the latest she urges users to keep a video journal of how Activia helped them so I am kind of freaked out about what's next.


And eager to find out.
Posted by billbucy.blogspot.com at 4:22 PM No comments:

An entirely appropriate time of the year to mourn perhaps the best essayist ever.

Hitchens was no weak-kneed stylist who punked and scorned simply to be noticed. Reviled, hated, never dismissed, the man wrote what he believed.

A few more genius assholes like Hitchens chronicling the world and we might get some things straightened out.
Posted by billbucy.blogspot.com at 7:29 PM No comments:

Newt Gingrich Lies To God and Me

Newt Gingrich has on multiple occasions sworn oaths before God to uphold the Constitution of the United States of America.

That doesn't stop him from taking the decidedly unconstitutional stand that federal judges should be removed from office for rendering decisions out of step with popular opinion and forced to justify their decisions to Congress. He also favors abolishing specific courts whose opinions he doesn't like.

I figure if Newt would lie to God over and over again he wouldn't hesitate to lie to me.
Posted by billbucy.blogspot.com at 5:03 PM No comments:

U.S. Gets Shaky About the Death Penalty 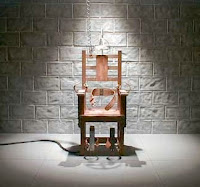 The Los Angeles Times tells me judges and juries sentenced just 78 people to death so far this year, a 30 percent decline from 2010.  My home state of California increased San Quentin's death row population by just 10 people, a drop of about two-thirds from the previous year.

Nationwide, 43 people were executed this year, well down from the 52 people the government killed last year.

Some say the decline is due to the fact ever-practical Americans are souring on the high cost of revenge. I prefer to believe it is because we are reasonably fair-minded people honestly concerned about the likelihood that innocent people are sometimes executed.

Posted by billbucy.blogspot.com at 9:19 AM No comments: 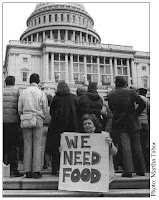 The number of people who filed unemployment claims last week dropped to the lowest level since May 2008, according to the Bureau of Labor Statistics.

At the same time, the U.S. Census said 48 percent of all Americans either live below the poverty line or fall into the low income category. That is 148 million people living in the wealthiest nation on earth.

Seems like we have a ways to go before we can accurately use the words economy and recovery in the same context.

Posted by billbucy.blogspot.com at 8:32 AM No comments:

U.S. unemployment declined to 8.6 percent last month, the lowest level in more than two years, according to the Labor Department. That's worth a glass of champagne for those of us (everyone) exhausted by negative economic news.

However, some economists warn we shouldn't get carried away with ourselves.

For instance, Mark Zandi, chief economist for Moody's Analytics, told Bloomberg that a major factor in the decline was a drop in workforce participation to 64 percent. Calculating in that factor, unemployment is really at about 11 percent, he said. In addition, underemployment is about 15.6 percent.

But, while the improvement seems soft, the trend is up and the experts say that reduces the chance of another plunge into recession.

That alone might be worth a second glass of champagne.

Posted by billbucy.blogspot.com at 10:39 AM No comments:

Will Voter Affection for Occupy Turn to Love? 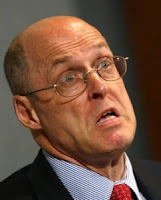 The latest Field Poll says 58 percent of California voters agree with the reasons behind the Occupy movement.

At the same time, Bloomberg News reports that banks grabbed trillions in government loans at below-market rates while telling investors they didn't need any help and then used the money to rake in $13 billion of income.

I wonder what the Field Poll results would look like if the study were to be conducted tomorrow.

Posted by billbucy.blogspot.com at 10:55 AM No comments:

Herman Cain's GOP presidential campaign is off ther rails because of alleged sexual pecadilloes. At the same time, Newt Gingrich -- whose last two wives were his girlfriends while he was married -- rises in the polls.

On second thought I think that's too much to untwist.
Posted by billbucy.blogspot.com at 8:35 AM No comments:

Does the market tell you your home is worth less than what you owe on your mortgage?  You might be underwater, but you’re not necessarily drowning.


Divide your property taxes by 12 and add the result to your monthly mortgage payment. Then go to Craigslist or other sources and find rentals similar in size (living space only) and location to your home.


Read more »
Posted by billbucy.blogspot.com at 7:35 AM No comments:

Groupon IPO Not Working Out? Duh.

Let's not go over the almost endless list of why Groupon has always had big problems. Let's just ask why the harsh litany of criticism didn't prevent investors from snapping up the company's IPO.

Perhaps the answer includes anticipated profits from flipping Groupon shares before the inevitable price crash. Maybe we didn't learn a thing from the big tech crash when companies with equally shaky balance sheets and funky business models were valued in the billions.

Posted by billbucy.blogspot.com at 9:02 AM No comments:

Before everyone gets too giddy over the positive (and welcome) job growth figures, let's put them in perspective.

If jobs continue to increase at the current pace, sometime in 2014 employment will return to 2008 levels.

That would be good only if the population had stopped growing in 2008 and the number of people in the labor pool remained the same.

Therefore, moderate job growth is a positive, but it's going to take an economic tsunami to create enough jobs for real, rather than nominal, growth.

Posted by billbucy.blogspot.com at 4:54 PM No comments: 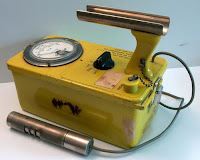 Overheard a guy at Fry's asking for a Geirger counter. Clerk said they didn't stock them and asked, "Wouldn't it just be better to live in ignorance and party a lot?"
Posted by billbucy.blogspot.com at 6:35 PM No comments:

If BofA Is Happy, Then I'm Happy 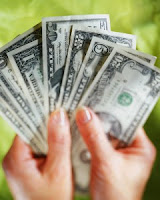 Bank of America announced today it is arbitrarily taking off its books about $1trillion in bad mortgages and segregating them into what the financial mavens call a "bad bank."

Former Federal Reserve examiner Paul Miller told Bloomberg, "It's a way to talk about good things and ignore the bad."

The announcement was made in a conference call with -- wait for it -- investors.
Posted by billbucy.blogspot.com at 7:34 PM No comments:

Bolstered by the brave millions taking to the streets in the Middle East, I ran onto the patio and loudly demanded democracy in our household -- or at least a say in a decision now and then.

Then my wife reminded me she sometimes represents nasty guys with tattoos all over their bodies and some of them owe her money.

I remain oppressed for now, but will never give up my dream of partial, semi-freedom!
Posted by billbucy.blogspot.com at 6:17 PM No comments: 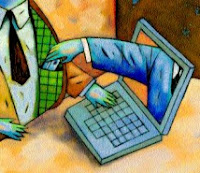